GS - If GS approaches its 14SMA (around 141) I will add to it. I am already in it, but the current activity around 145 has consolidated the name from its very-short-term overbought position. 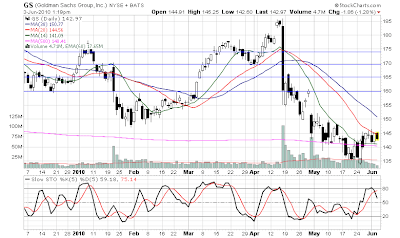 CHK - Based on the previous chart I highlighted the other day, the target of 18 may not be viable. President Obama's talk of Nat.Gas (along with Cramer's highlight of it) changed the trading dynamic of the stock. A more realistic target, based on its new trading dynamic, would be around 20.
Posted by echotoall at 1:16 PM