Despite the massively subsidized Android operating system Google provides to all the OEMs, its mobile search share is declining. (as per StatCounter) 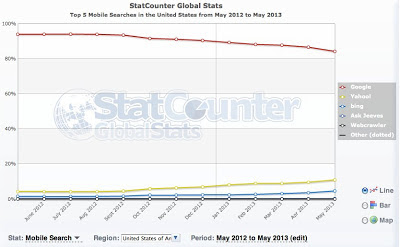 Search attention is being taken from somewhere. Most likely searches and actions from specific apps, Facebook and/or switching defaults to Yahoo.

Globally, Google looks to keep holding its own, with share is still in the 90s, although slightly declining. 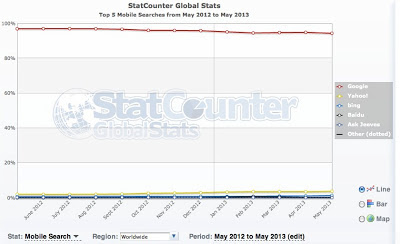 Thought the above was interesting. In the US Android and iOS controls so much share. Google controls the vast majority of Android and pays Apple to default Google on the iPhones. Considering this, share should hold steady. But somethings is going on.
Posted by echotoall at 11:24 PM