Technically, the market is due for a hold up.  But when leaders like GOOG, AAPL, QCOM, IBM, CAT etc, keep pushing upward, a seemingly straight forward situation becomes more complex.

From the perspective of the SP500, I am cautious due to the low level of the VIX (in relation to the rally's trading dynamic).

Another reason I am expecting a consolidation, at least somewhat, is due to the rapid ascent of the treasury yield.

Its current level is resistance.

1. Good numbers - the market will keep rallying as multiples continue to rise. (Even though I sold out of Google 15 points ago, it has no business trading with a multiple below 19-20 in a non-recessionary environment. Similar can be said about a lot of names.)

2. Blah numbers - the market may trade sideways or allow stocks to trade on their own secular growth merits. 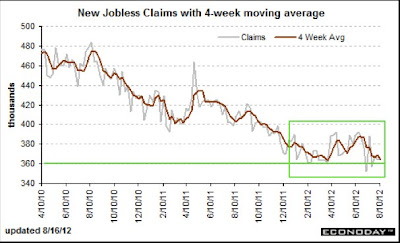 Just a side note: With the US economy improving, yield rates rising, US housing firmly improving and Europe removing the threat of a financial crisis, banks are just too cheap. From a market mechanics perspective, recent SEC filings suggest hedgies under own the banks.  If the conditions I just mentioned remain in place, at the very least, banks will approach book-value sooner-rather-than-later, with the big boys taking them there.
Posted by echotoall at 4:45 PM