Jefferies downgraded IBM Friday morning. However, Infosys reported solid numbers too. Suggesting IBM may do the same.
IBM's strategy, during their transition, has always been to carve out higher profits while sacrificing some revenue. This concept is a few years old, so when I see a downgrade on this very premise, I question the validity of the analyst and firm. This is shown by the year-over-year increase in gross margins. 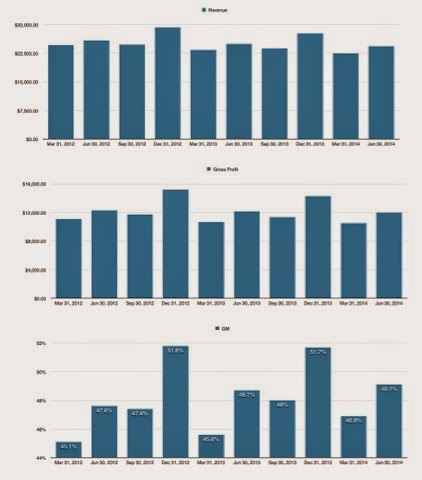 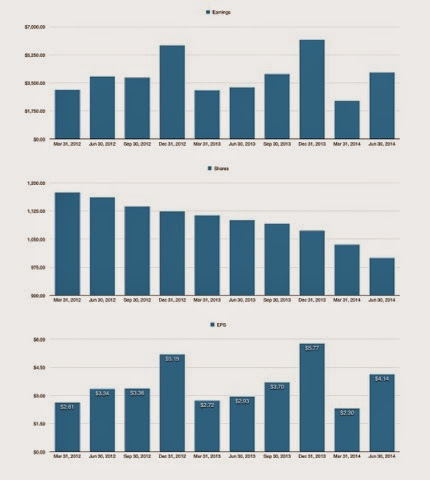 The biggest knock on IBM was their previous cloud strategy. It cost them the CIA contract and highlighted a weakness of scalability. In response, management acted quickly, and brought on board SoftLayer. Key takeaway is that management knows how to readjust and reposition despite an established game plan. Since then, we find Watson in the cloud with a bunch of interesting APIs, and an Apple partnership. And the fact that the number of diluted shares keeps decreasing, while gross margins increase and eps rises, doesnt hurt either.
(March 2014 for earnings and eps includes onetime charges.)
Posted by echotoall at 12:37 AM