A few thoughts on Twitter as the ipo nears:

Quarter-to-quarter revenue growth is pretty good. March 2013 quarter was a bit of an outlier. 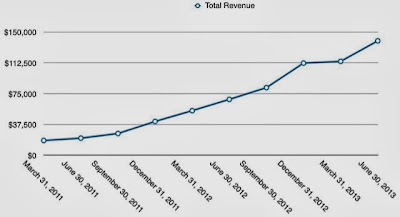 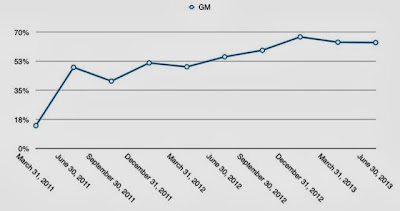 Despite the lack of profits, Gross Margins have been increasing while operating losses (as a % of revenue) have been decreasing. (2013 is an estimate from the current 6 months of data provided.) 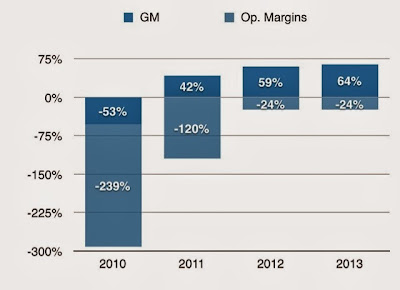 The above numbers have me very interested in Twitter, as a company. As a stock, the amount of shares issued will obviously be the make-or-break. As of April 2013, twitter's second market price was over $20, per the S-1.

The stronger the trends, the better the stock price.
Posted by echotoall at 10:38 PM