Here is what the SP500 looked like running into the 1987 crash, and after.

It rallied over 100%, and had a few breathless moments where it gave back (in max pain) 50%. But considering the moves, stabilized with the 500 moving average.

Here is what the Nikkei looks like, excluding the decline. (I will update later.) 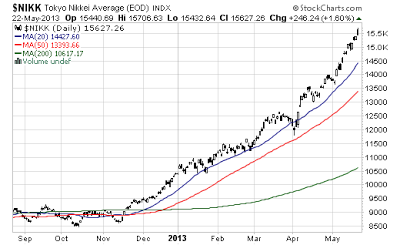 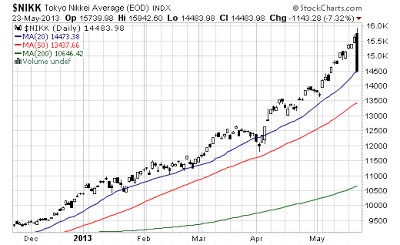 This sucker has a ways to go before being a true crash.

Also, a second look at the Yen during this decline doesn't really show a correlation. 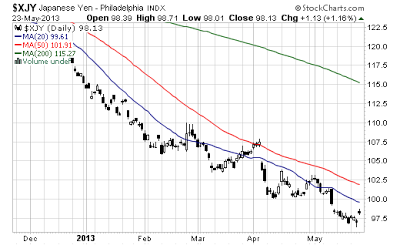 Posted by echotoall at 7:41 AM