Market Thought... Everyone is Bearish $spy

The good news, at least twtr is not alone with a unanimous bearish chatter. Misery loves company. And that is why the dooms-day folks exist.
A quick economic recap:
1. US economy is doing pretty good. (Or so says the labor market, the open job positions, incomes, reduced house hold debt, etc)
2. EU is still in stimulus mode.
3. Japan still in stimulus mode.
4. China is on the verge of complete collapse. Or so that is the perception. But in reality it's an economy in transition. Services are doing well but 'old' economy is not and excesses are being flushed out of the system.
A quick US market sentiment recap:

1. The first time the market started to decline by 10% the Junk Bonds were to blame.
2. Connected to the junk bonds is oil. (Lower crude, the loans to the smaller players will go bust, increasing NPL to the banks.) But oil is also an economic tell, and it's being tied to China's economy.
3. Lower crude is also causing lower SP500 earnings, allowing for a year-over-year decline.
Shanghai Composite the last eight years shows a country in transition. Negative economic interpretations are being made from a no-where-moving. Although some how, the last few months "are an indicator to something".

Market players choose what they want to believe.
This go around, crude is simply trading at lows. So somehow this is support that china, or global GDP, is really fucked.

A supply / demand driven commodity is corroborating a global slowdown. So a flood of supply means global gdp is collapsing?
Or it's just an imbalance in supply, and negative sentiment got animalistic. 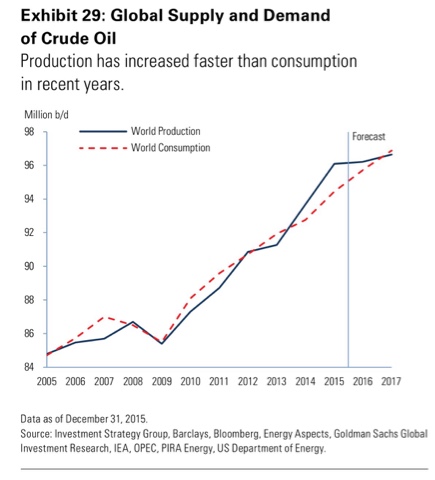 The oil market is driven by its own dynamic. And as JPM, WFC and C are showing, there is little material spill over to the banks. This include the junk bond 'issue'.
Since the first 10% decline, the market has been trading at am elevated Vix w a higher low. But we have not seen a higher high. And we should not. There is no scenario where the global financial system will be in crisis. (Crisis as defined as in 2008 US system, and 2010 and 2012 EU collapse.) True crisis is a Vix of +90 and +50, respectively. Run of the mill slowdowns or contained geo-hiccups have seen Vix between 30-40.

The Vix is near its high. The 10yr is at lows. Will they go higher and lower?

Maybe. But depending on the extremes, hopefully we are closer to a bottom.
Posted by echotoall at 1:32 AM