Complacency is back to pre-crisis lows, although the vix has climbed over the other day.

The trajectory of this market is pretty clear.

Looking under hood, and there was obvious multiple expansion. The below graph highlights the expansion. (Because the market is forward looking, the below graph depict the forward quarter's SP500 PE. IMO, it shows how the SP500 adjusts with estimate revisions. The actual trailing multiples are higher.)
The June and Sept quarters are predicated on estimate as of July 1st. (Fyi, estimates have declined, but the markets have not yet adjusted for it.) 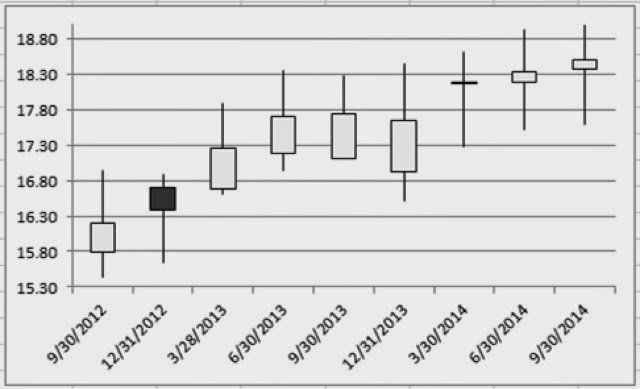 Below is the SP500 range as per the above PEs. 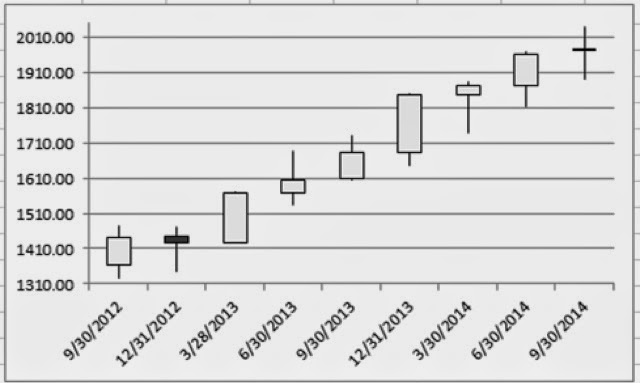 A continued push higher gets the sp500 past 2000, but that assumes sept estimates hold and the market does not start to discount rate increases. (Basically maintaining the trajectory dynamic of expanded multiple and neatly following the 5sma on the monthly.)
I am in the pull back camp, but not one that damages the trend structure. There is too much geopolitical uncertainty for the level of the Vix, and the US economy is acting too well for continued depressed rates.

Posted by echotoall at 8:51 AM