$googl report not that good

The report was decent. Not sure it justifies the +30 multiple for a +$340B company. The paid clicks and cpc were nothing special. 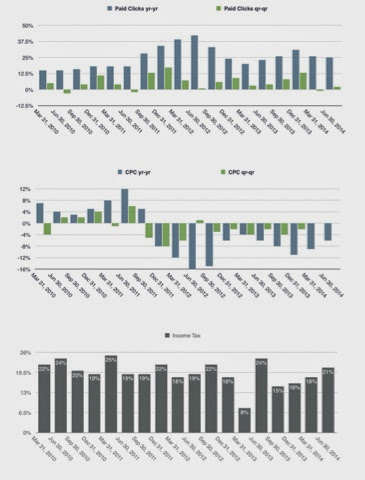 Revenue growth is 13% yr-yr. (I see chatter simply cherry picking search revenue growth.) The one metric that MAY justify a higher multiple, is the faster growing operating income. It is growing 36% yr-yr, but most of this growth is due to the supressed income Motorola caused. (Normalizing for Motorola, growth is about 6-7%.) 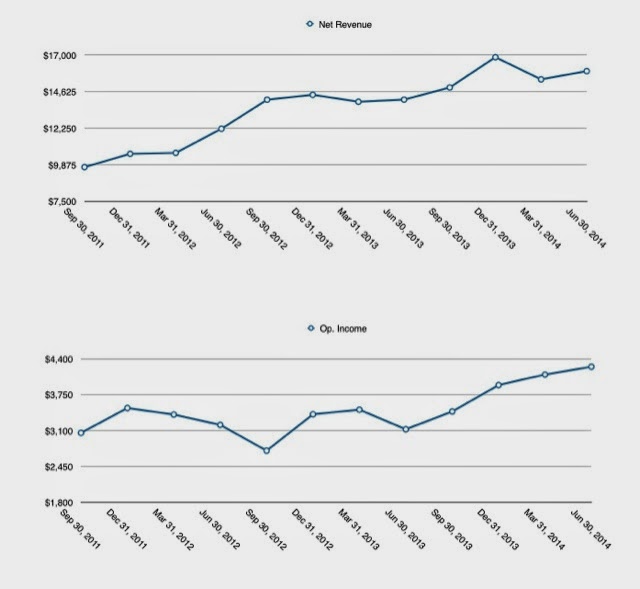 Still trying to figure out why Google is allowed to have such a high multiple while growth is / has slowed, and much of there "initiatives" have little prospect for adding legitimate business lines.
For a mega cap stock, a multiple of 20-25 is considered pretty large. (But mega caps usually have capital allocation programs, making their cash productive. Google does not have such allocations.)
Posted by echotoall at 11:44 PM