The arguement pitting Amazon and Alibaba together is easy, but a bullshit one.

1. Amazon does not have a profit problem. They have a spending problem.

In 2011, amzn chose to increase spending on Fulfillment, Technology and Content. 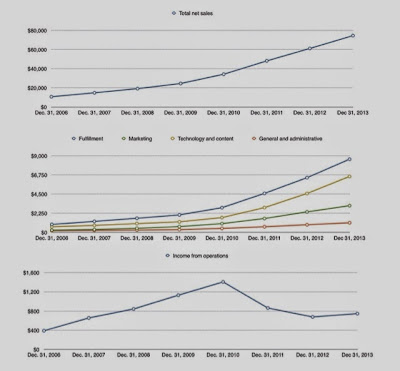 2. The pay-off comes in the form of faster growth against its peers. 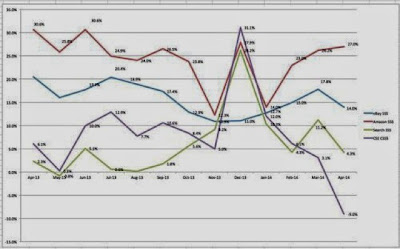 On the enterprise side, they are seeing exponential-like revenue growth.

Alibaba has impressive financials. But the biggest takeaway from their filing was the lack of Western expansion. (China Mobile is also listed in the US many years ago. Still do not have a presence here.) Alibaba is focused on the greatest economic shift the world has ever seen: consumerism with a target population of all the United States. That is a big market, the growth of which has truly just begun.

If amzn is considered "pricey" compared to Alibaba, so should Facebook and Google. And if those two keel over, as market leaders, the rest of the nasdaq will too.

The fact is, Alibaba should be priced at +$150B, but the underwriters most likely do not want to fuck this up, so its pricing is generous. (Its really a +$200B market cap company, if not more.)

The one major concern surrounding Alibaba is Alipay. Alipay's reach is simply awesome and scares me. Alibaba, through its web of companies (although Tianhong Asset Management is not found in the filing), its one of the largest money managers in China and on the planet. (Not a comforting position considering the financial shock concerns facing China.)

I am a fan of both Amazon and Alibaba, and I am talking my book on both.
AMZN is testing a long term support.

Update: comScore Q1 2014 e-commerce numbers were just released. Below is how it relates to amzn. (Does not include mobile.) 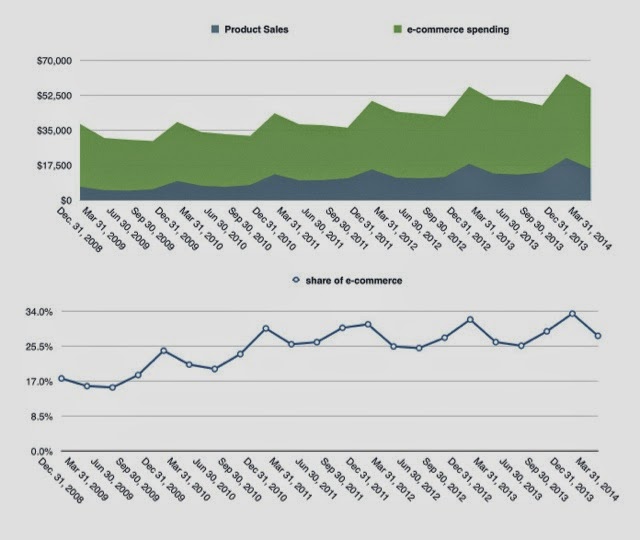