amzn
In the age of mobile, where literally everyone can buy 'whatever' with a push of a virtual button, at any time the nudge takes place, is $143B expensive? The age of mobile is on the verge of producing trillion dollar companies, the answer is no. Spare the violin the tune of no profits. Amazon doesnt have a profit problem, it has a habit of investments. (Just think of all the redeployed cash that went toward productive investment instead of taxes!)

twtr
Whatsapp went for $19B. Intagram is valued at $35B by Citi. Yet twtr has a market cap of $23B, and crushing the two in revenue growth. But the three are really not the same. Twitter is so much more providing a realtime sentiment graph, and with twitter fabric, an ad platform.
$45 is a point of resistence given the 20sma, but with a sentiment shift it should see between 50-55. Where resistance is pretty fierce.

bac
Reiterating a thesis a few posts down, higher rate will allow the bank to see more revenue and it should trade toward the higher range of book value. The new trading dynamic should lead bac toward 17.25-20. But a breakout past 20 is likely if US economy keeps performing and Global GDP keeps rising.

xom
Already gave my two-cent in the previous post. From a longer term perspective, the dividend keeps rising, and so long as global gdp keeps rising so will energy demand. Demand forecasts have come down, but there is still demand. Also, as a nat gas arbitrage play, Japan LNG spot price declined and some forecast are expecting the price to fall more in the latter part of 2015. (But so are prices in the US.) 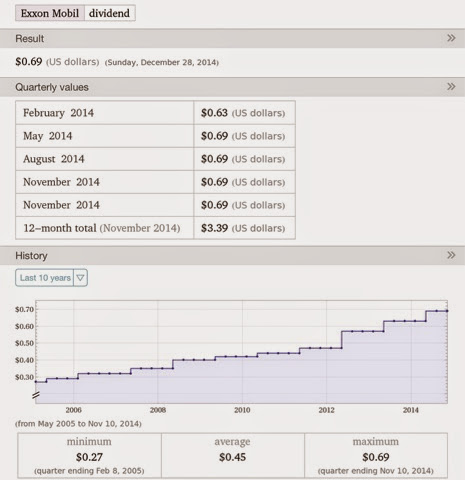 ibm
The anti-amazon, of sorts. Lack of proper investments, and too much financial engineering brought the stock to a crappy (yes, a pro term) technical condition.  But the strategy has shifted. A scalable cloud solution leveraging their analytics and mobile first mantra. Positioning themselves well for the next few years of enterprise computing.

It also has a nice yield. A true dog-of-the-Dow, hence another risk. If the strategy does not become clear by the 1st half of 2015, ibm runs the risk of being removed from the Dow. 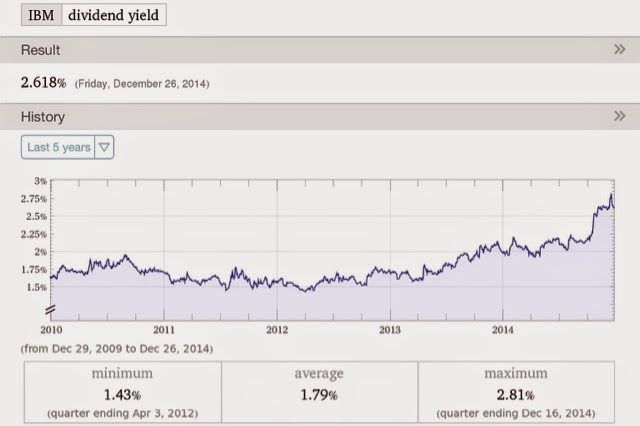 Posted by echotoall at 5:29 PM