Apple is getting oversold. Its about to get oversold enough for a bounce.

Short-story, the current pattern is to buy AAPL when the weekly Slow Stochastic is near or slightly below 20. 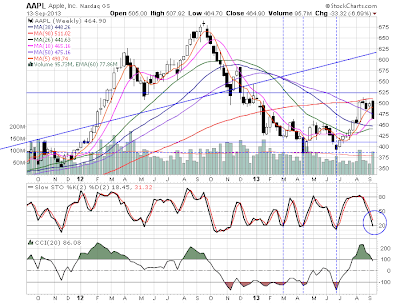 The long-story, last year's massive decline obviously created a new trading pattern. The wash out was witness via the monthly chart approaching very over-sold conditions via the Slow Stoch. 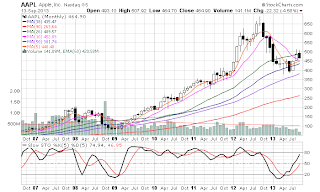 Upon achieving this oversold condition, the stock fundamentally changed.

1. The massive buyback was announced and being executed.

2. The street was re-conditioned via their expectations (to tone down the out-of-whack numbers).

There is always the possibility that the stock breaks down, and re-enters the low 400 trading range. However, due to the above, that scenario seems unlikely. We already know management is not hesitating purchasing the stock below 420. And we also know big-boy investors are also not hesitating to purchase in the low 400s. (There is also a new found realization that Microsoft not being a secure of an investment as some big-funds would hope. There is a lot of concern via the lack of mobile penetration, still loosing money from online services and most importantly the attack on Windows and Office.  These funds are going to have to migrate these funds or get caught in a declining revenue/earnings story. These funds will have to go somewhere.)

2. Actively improving its online services. As the 'services-perception' changes to a positive one, the stock should also reflect the sentiment.)

3. Good-old financial out performance. Continue to under-promise, over-deliver. (Combined with the reduction of shares, from the buyback, the stock can accelerated to the upside.)

1. Ignorant media looking for page views. Negative chatter will bring down the stocks.

2. Initial sales do not meet expectations 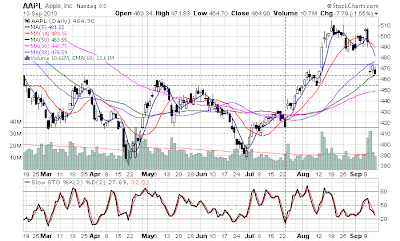